Tamil Panjaa releasing in May as Kuri 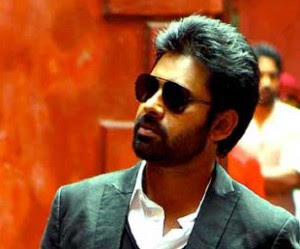 Power star Pawan Kalyan and his thumping impact among the masses needs no introduction. So far, it has been the Telugu audience who enjoyed his power but now it is heard that he is all set to shake the Kollywood circuit. Yes, the buzz is that Pawan is gearing up to step into the Tamil land with his movie.

However, this is going to be through a dubbed version. News is that Pawan would be arriving with the Tamil version of his movie ‘Panjaa’ in the month of May. This has been titled as ‘Kuri’ and this has been directed by the Kollywood specialist Vishnuvardhan. Sources say few shots have been amended to make it more suitable to the Tamil audience.

Buzz is that special efforts are being made to release the film in a grand scale across theatres in Tamil Nadu. The makers strongly believe though the subject didn’t work in Telugu, this flavour of film will work very well in Tamil. If that happens and power star scores a hit then it would be a great relief for his fans.
Posted by pawan fan