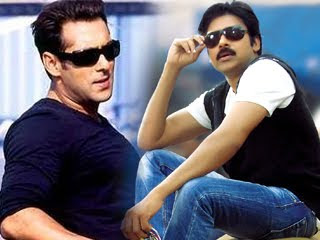 Pawan Kalyan’s Gabbar Singh is doing stupendous business all over and it is expected to create first week record by turning out a first Telugu film to get more than 35 crores share.

Not just in AP, but Gabbar Singh is creating waves in North, overseas, Karnataka, TamilNadu etc.

Salman Khan who starred in the original version was surprised to see fan following from all over for Pawan Kalyan, who is a South Indian hero.

He also said that the fans are treating him as a religion and he was amazed by this.Salman Khan, who has seen the film on has congratulated Pawan Kalyan for Gabbar Singh, “Pawan Kalyan has amazing fan following even in North and the collections here are amazing.

He has done super acting and I enjoyed the movie thoroughly. He deserves the super hit success.
Posted by pa1fan