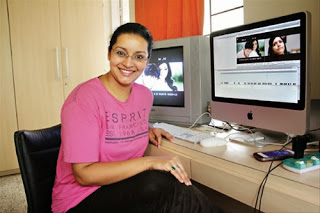 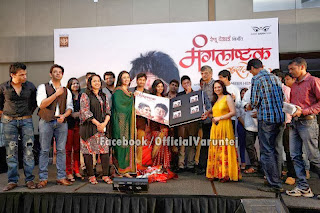 Renu Desai, producer of upcoming Marathi film Mangalashtak Once More, shares with Debarati Palit Singh her passion for the craft

What prompted you to produce Mangalashtak Once More?

I have done a lot of production work in the last 10 to 12 years. During this time, I had mentioned to my husband (Telugu superstar Pawan Kalyan) that whenever I would start independently producing movies, I would make a Marathi film, more so because I am from Pune. Given my background and connections, it would have been very easy for me to produce a Telugu film but honestly, I made Mangalashtak Once More because of my emotional connect with this city and with Marathi films.

When I was looking for stories, I came across this script by writer Samir Joshi. I liked his clarity of thought and details in it, so I decided to produce the film.

How was the transition from being a superstar’s wife to being an independent film producer?

The transition has been very smooth. Thanks to Kalyan, I have been part of several projects and have been associated with production work of those films right from the moment they were conceptualised. Starting from script, story and music sittings, I have been involved in all aspects of filmmaking. So I exactly know what happens during colour correction or in a music sitting. I am extremely passionate about the art of filmmaking and I do not think of it as a 9-to-5 job. Also, I think 12 -13 years is a good amount of time to learn any subject.
As far as Mangalashtak... is concerned, I have been a hands-on producer.

You started off as a model, then became an actor and ventured into production later. How has the journey been?

It’s definitely different when you are working with someone who can guide you. Pawan is a big personality and I knew he is watching my back, and that he would correct me if I went wrong.

But when I decided to become a producer, I wanted to do it on my own. It would have been easy for me to ask for his help. But I purposely took it up as challenge. It is my own journey. Starting from reading the script, meeting the actors to music directors, I have done everything on my own. Pawan has never called up anyone saying ‘My wife is coming to meet you... Please entertain.’

Most film industries are male-dominated. Was it easy being a woman producer? Did you face any challenges?

You need to know your work — only then will the person sitting opposite you know that you mean business. I know my business. So they do not mess with me and it helps me survive in the industry.

When Mukta Barve and Swapnil Joshi signed the film, they saw my passion, conviction and commitment towards cinema. They did not sign the film just because I am Pawan Kalyan’s wife. When these big actors from the industry agreed and understood my viewpoint, I knew I was on the right track.

And we face challenges in every field. In cinema, it’s even more because here you are dealing with humans. There’s a lot of human psychology at play. People change, everyday they face issues in their lives, so I have to decide when to get angry or when not to get angry with them, when to be lenient or when to be strict. That’s an art.

There were reports about you being aggressive on the film set.

When a man shouts, it is not taken the wrong way. But when a female boss raises her voice, it gets offensive. Had I kept quiet just to avoid tarnishing my image, I would have done injustice to my work. With repeated warnings, certain departments were asked to improve their work, but they failed. Any boss will sack such people. I haven’t done anything wrong. Because I am a female producer and I come from the South, the whole picture has been painted wrong.

What do you think of the Marathi industry after working in it?

After completing an entire film, I am in a position to comment. The people here are extremely talented but somewhere they lack motivation. That’s because the returns are not high. They need to push themselves a little more, and they need to achieve perfection.

You juggle several roles. How do you manage motherhood?

I have to give a certain amount of time to my children. I make it a point to feed them at least one meal a day. Either they are with me, as our industry is flexible or I attend to all their needs before I leave for work. I never compromise when it comes to my children as they are my priority.
Posted by pa1fan