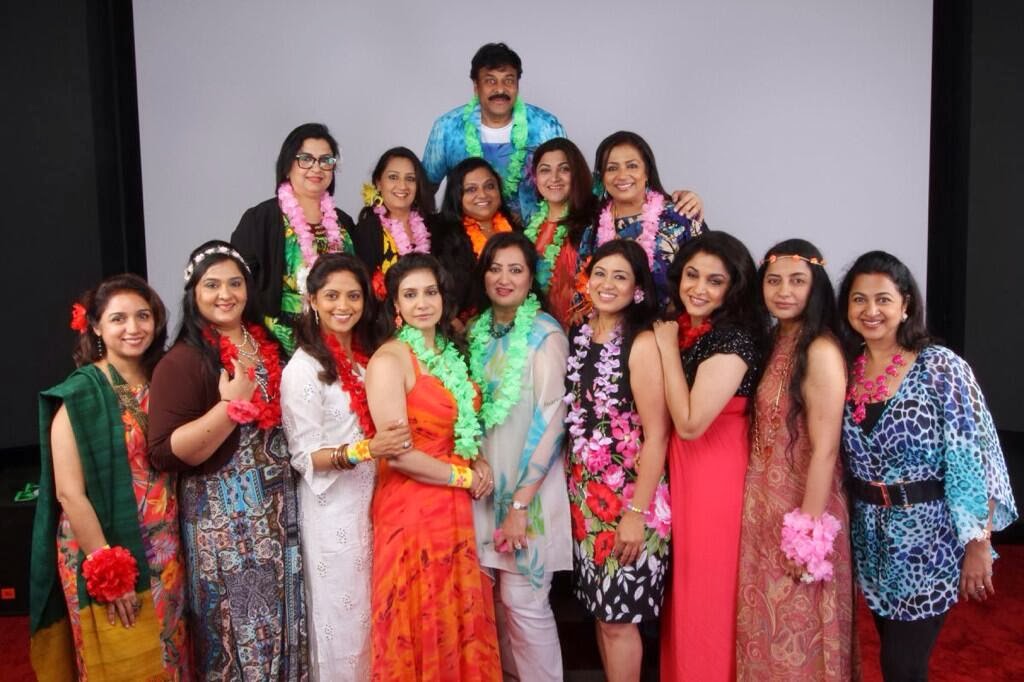 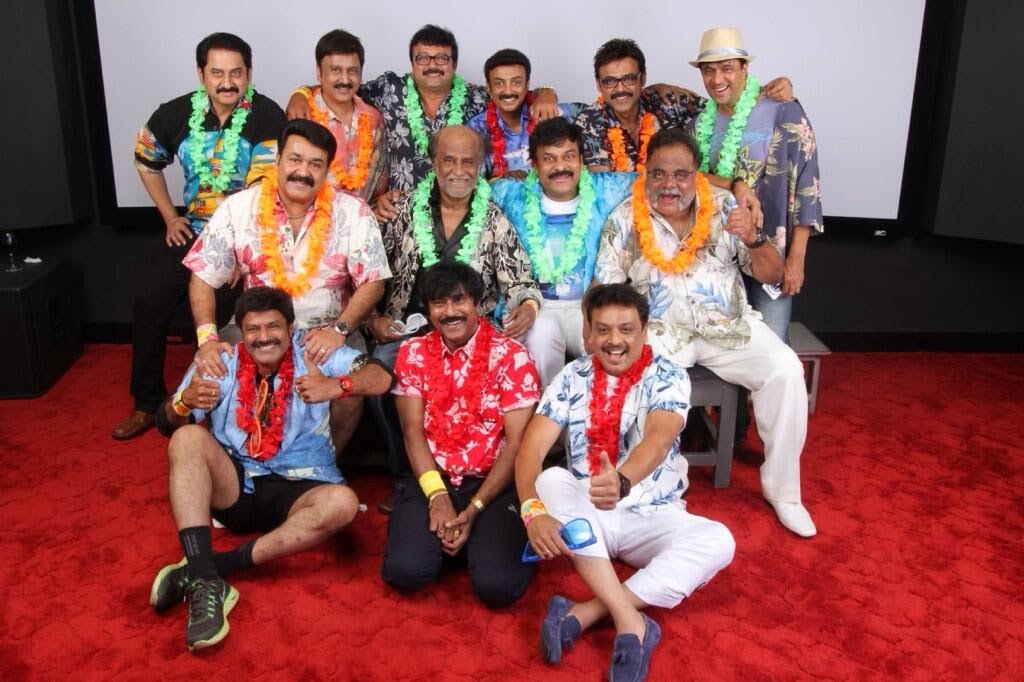 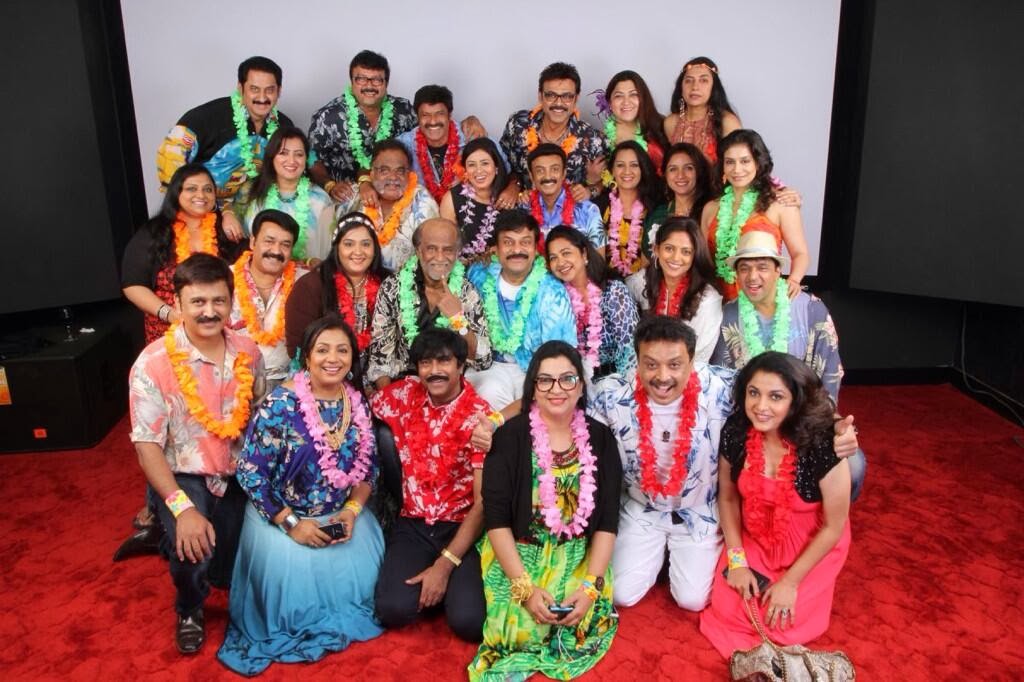 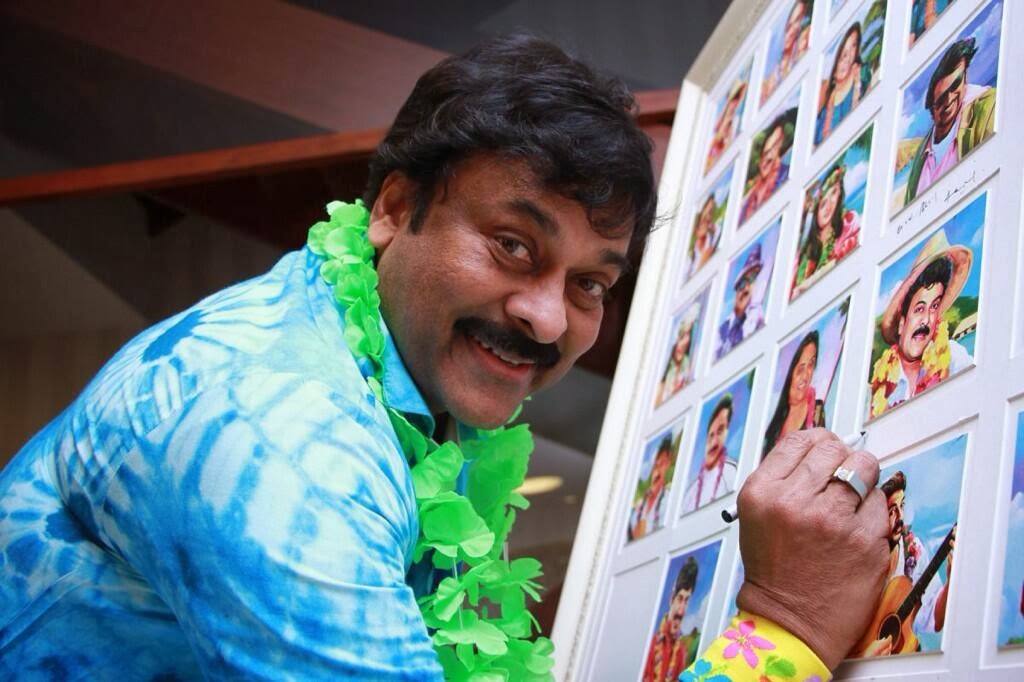 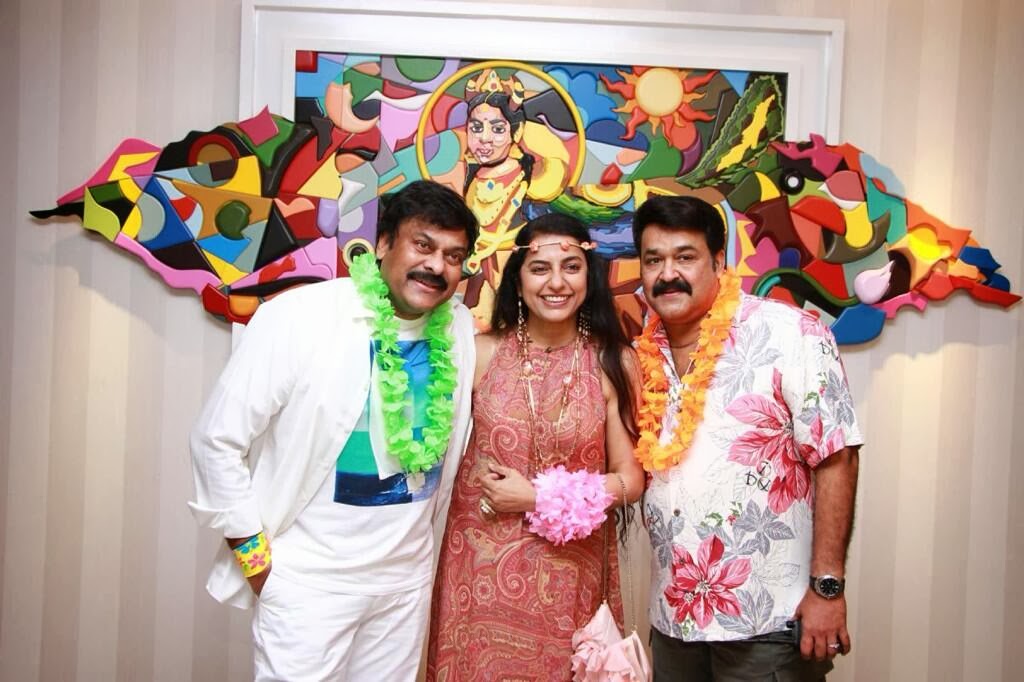 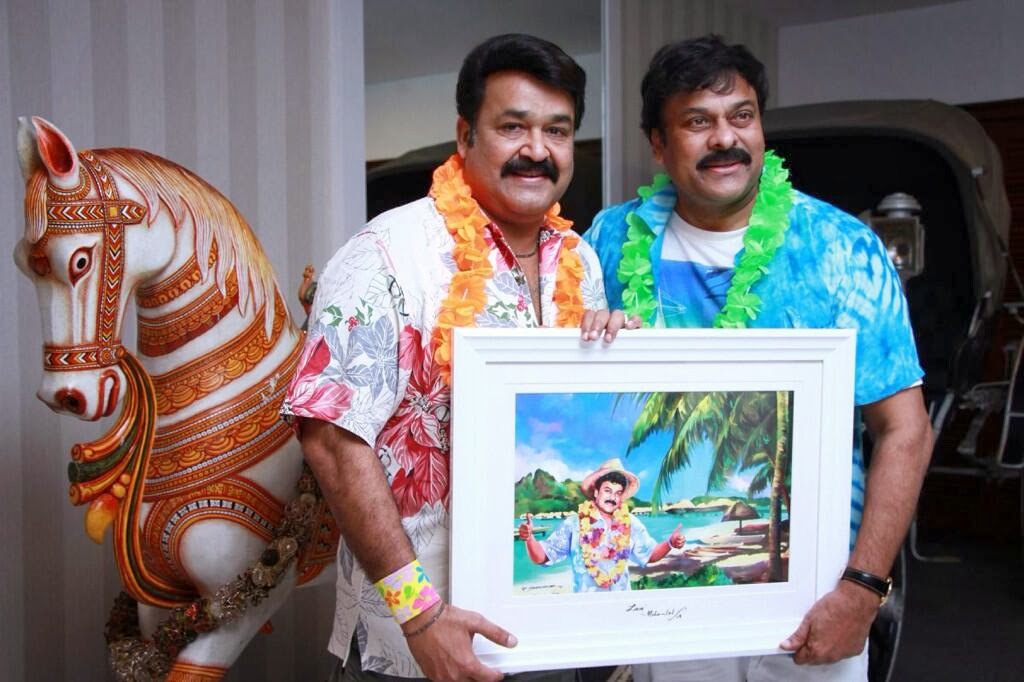 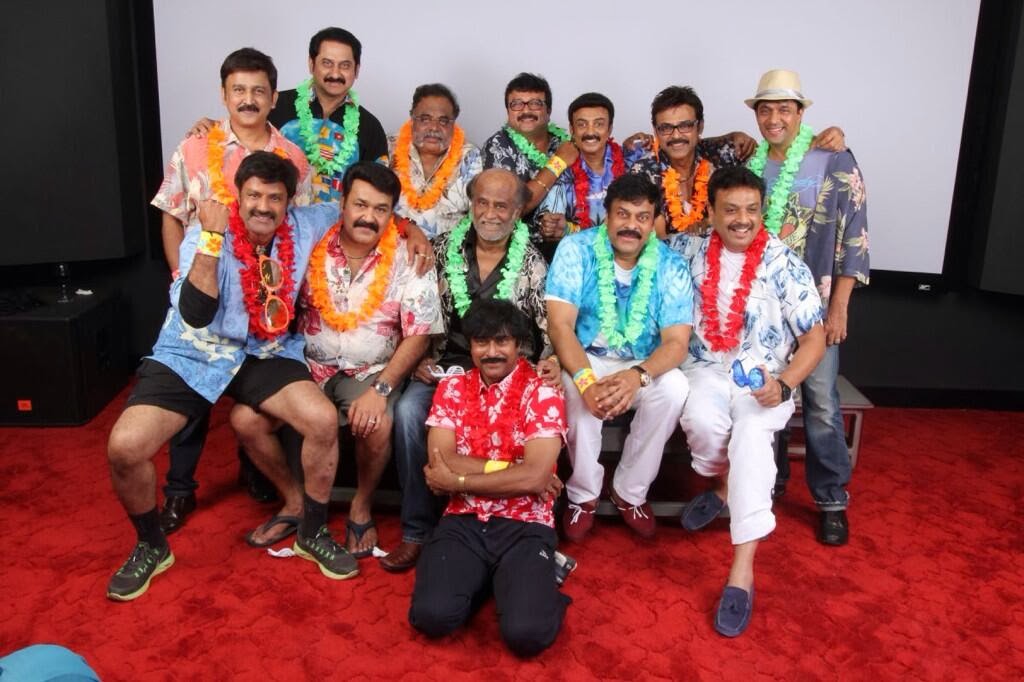 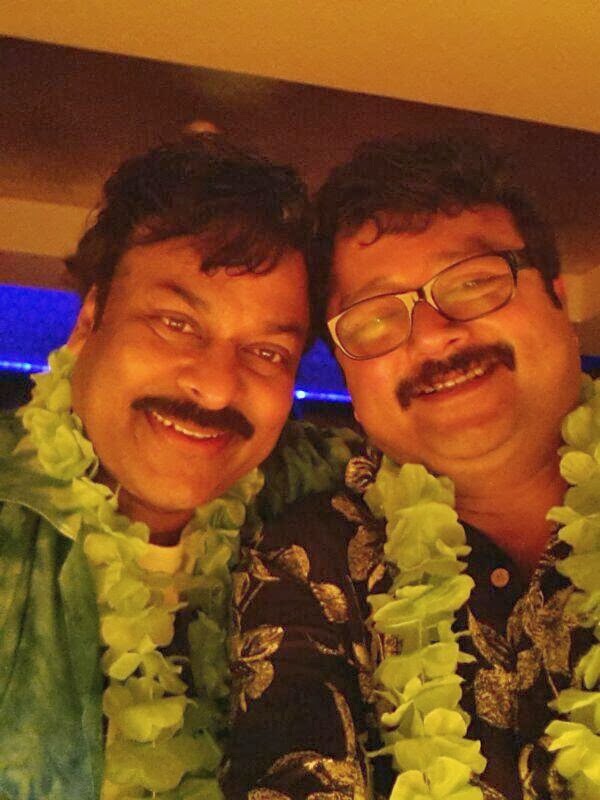 Thirty two actors, including screen legends ‘Superstar’ Rajinikanth and ‘Megastar’ Chiranjeevi, were in attendance as ‘Complete Actor’ Mohanlal played the perfect host and even entertained them with a magic show.

This is the fifth such get-together of the actors ever since Suhasini Maniratnam and Lissy Priyadarshan hosted the first get-together for the 80s stars in 2009 and started an annual tradition.

There are no broad rules to the membership of the club apart from the fact that the actors must be ones who broke new ground in the new wave of south Indian cinema that emerged in the 1980s.

There is, however, one detail that Rajinikanth and late Kannada ‘Superstar’ Vishnu Vardhan emphasised in the very first get-together: “Only actors allowed, no spouse or outsiders.”

Saturday’s party had a Hawaiian theme to it, and every one from Rajinikanth to Chiranjeevi, wore the printed shirts synonymous with the islands.

A portrait artist, who was supervised by Mohanlal, made portraits of all the participants, and collector’s edition paintings were given as gifts at the end of the party.

A rare fraternity
Suhasini Maniratnam, who has been organising the get-togethers since 2009 for different hosts, says the parties are full of banter, nostalgia and tomfoolery.

“There are plenty of people, including directors, who keep asking us why they are not invited,” she says. “But we actors are a different bunch of people all together. We have similar idiosyncrasies and gel well.”

The idea of getting all the stars together struck Lissy Priyadarshan while attending a wedding in 2009, where eight or nine of the actors bumped into each other.

“It was Lissy who said how wonderful it would be to have regular get-togethers,” Suhasini recalls. “I took on the idea and started floating it around to the actors, and all of them agreed to meet at least once a year.”

Theme parties
Unlike most public events, where the actors show a lot of poise mostly for the sake of their public image, at these parties they can joke around, Suhasini says.

Every party follows a theme. Some actors prepare in advance to play tricks on their colleagues.

“Once Chiranjeevi asked us to send in our childhood photos and compiled a slideshow. He played it at the party and asked all of us to guess who the actor was based on the photo. Most people got me wrong,” Suhasini adds.

The actors have already set a date for their next big get together. Some actors including Kamal Hassan, Nagarjuna and Mammooty have expressed a desire to be part of these parties but have not been able to make it so far.

Apart from rekindling old memories, Suhasini feels that such get-togethers instil a certain positivity in the participants. “When we first met in 2009, we met some old colleagues after several years and a few of them had gone into hiatus. But today, some of them have made their comeback into films and to television. Maybe such get-togethers help,” she says.

Though the get-togethers are annual events, the group also keeps in regular touch through a closed Google Groups mailing list.
Posted by pa1fan