Since few days a video has been Viral featuring a small slum boy uttering Mega Power Star Ram Charan Tejs Magadheera dilague with the same power. This has been noticed by Charan and wished to meet that boy personally and he posted his wish through his official facebook page. After some days TV9 enteretd into the story and catched that uneducated slum boy named PARASURAM and brought to Charan's house yesterday. Instead of being proud of his stardom, Ram charan himself cleaned the sneezing nose of Parasuram like a brother and also assured that he wanted to look over his education expenses. This is really a noble gesture from Ram charan and proved as a good human. Fans really feeling happy to see his fav hero like this. 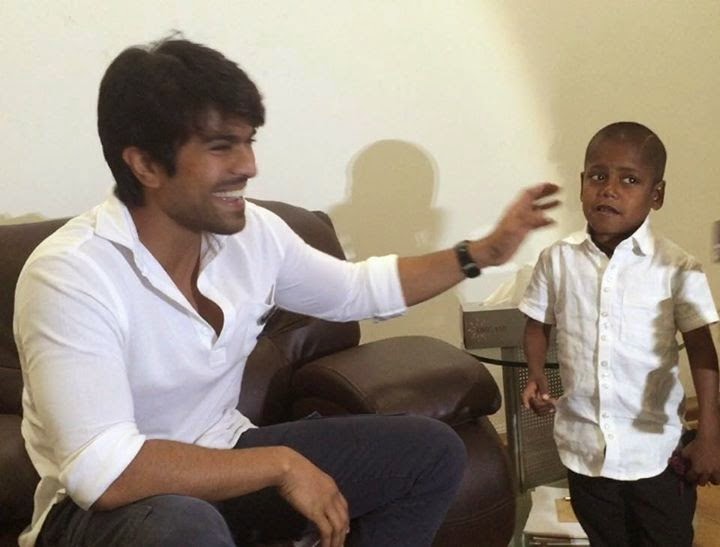 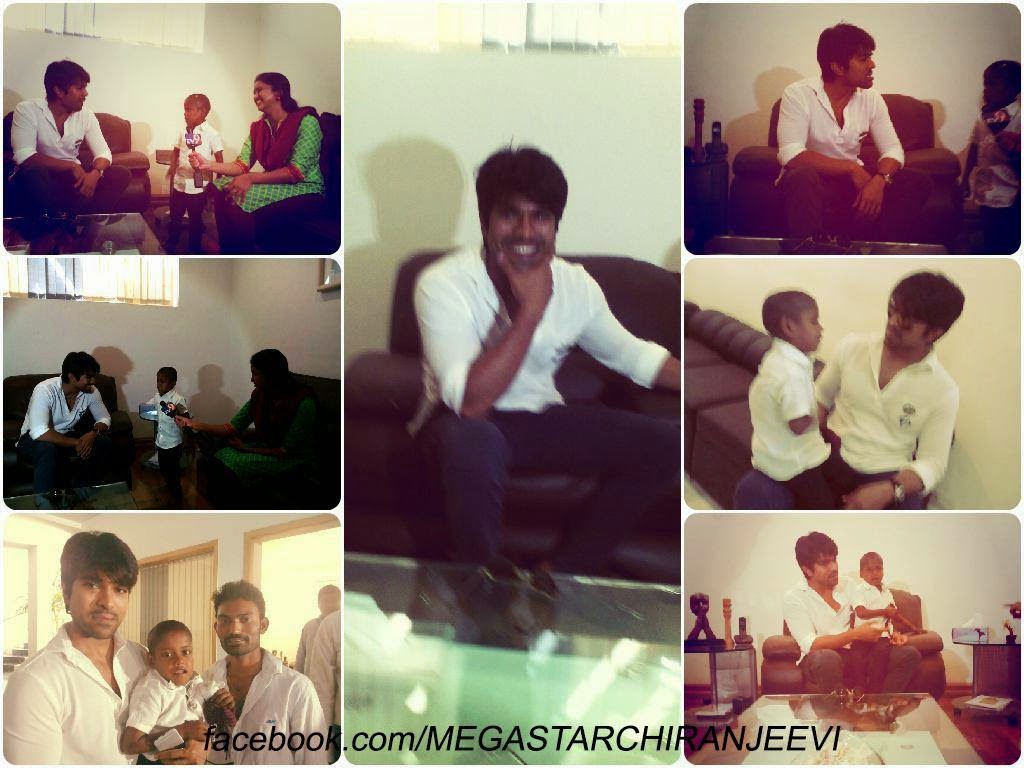