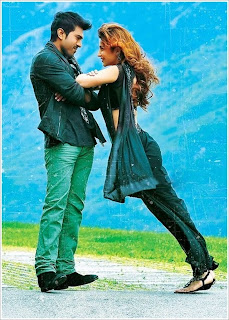 Mega Power Star Ram’s ‘Yevadu’ is all set to hit the screens on the 31st of this month. The movie has completed its censor formalities and it has received an A certificate from the censor board. The board has not suggested any cuts, we have heard.
Vamshi Paidipally is the director of this movie and Dil Raju is the producer. Shruti Haasan and Amy Jackson are the heroines in this film and Devi Sri has composed the music. The film is releasing with a record number of theaters.
Allu Arjun and Kajal Aggarwal will be seen in crucial special roles in this movie.

Mega Power star Ram Charan's ‘Yevadu‘ went
through the censor formalities today afternoon .The movie was screened
before Dhana Laxmi and her team at 3:00pm , the film has passed the
Censor formalities in flying colors and came away with a ‘A ‘
certification with no cuts.

Super Reports for Yevadu from Censor
board as the Censor team praised the makers for – High levels of
intensity & heroism at peaks in the film.

Sources say, The
movie has lot of content to say, The graph of the movie picks up from
pre interval and reaches peaks at climax in a 90 degree vertical angle.
The main highlights of the film are fantastic dances, mind blowing
fights ,good BGM from Devi and very good content with perfect
screenplay. The length is about 2:28 hrs. Allu Arjun role is about 8-10
minutes. Overall, Yevadu is carrying very positive reports from
censor. Yevadu search begins on ……. 31st July.